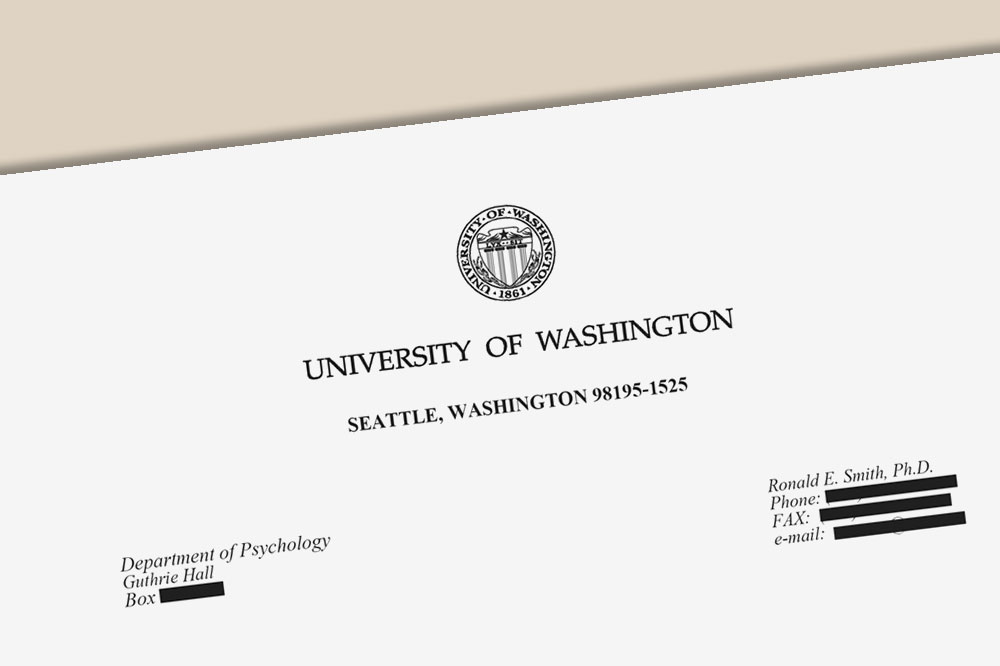 Not so long ago, I was privileged to work with University of Washington professor Dr. Ronald Smith in the Investorship Training seminar series we co-developed.  As I was working on my book, Spending Your Way to Wealth, I was thrilled to receive a letter from my long time colleague and friend. His enthusiastic support has resonated with that of many others in educational and financial circles, so I wanted to share the entire letter with you.

Thank you for sharing the prospectus and sample chapter from your upcoming book, “Spending Your Way to Wealth.” I am incredibly impressed by the quantum leap forward that you have achieved from our pioneering Investorship Training program of the late 1990s. In those early days of the behavioral finance movement that later won Daniel Kahneman (2002) and Robert Schiller (2013) the Nobel Prize, I found the melding of your expertise as a financial specialist and mine as a personality psychologist to be an invigorating intellectual and practical enterprise. I learned so very much from the wisdom and practical knowledge that you brought to the collaboration, and I saw myriad ways in which social cognitive personality theory and the psychology of self-regulation could contribute to a financial education program.

The scientifically solid and personally engaging workshop that evolved was incredibly well received by our audiences.

I was very pleased that you continued to deliver the program after my administrative responsibilities and writing demands as a psychology textbook author left Investorship Training in your hands. In the intervening years, you have presented the program to numerous audiences of varying levels of financial sophistication, thereby contributing to the financial well-being of many people.

Now, nearly two decades later you have devised a brilliant reframing of the principles, resulting in a book that will occupy its own niche among the many behavioral finance books on the market. The concept of “spilling” is ingenious and will be readily understandable by the general public while at the same time honing

your presentations to make them more compelling. As examples,the illustrative examples of “spilling” that you provide in Chapter 2 are jarring in their practical implications for the accumulation of wealth. The engaging and down-to-earth style that characterizes your verbal presentations and demystifies complex (and, to the novice, daunting) principles and facts finds clear expression in this eminently understandable book. The psychological concepts that influence wealth-related decisions and behaviors for better or worse are clearly presented and the scientific basis made clear. The mental and emotional landmines that can sabotage financial decision making are presented in an engaging and understandable manner, emphasizing how “normal” their influences are in our lives. Beyond that are behavioral guidelines for rational decision making that require conscious awareness of the factors that influence wealth accumulation, on the one hand, and self-defeating “spilling,” on the other. As the director of a clinical science doctoral program, this exemplifies, purely and simply, “evidence-based practice” of the highest order. This is not pop psychology; rather, it is informed by a solid scientific base.

Finally, the book contains some fascinating ancillary materials such as the link to the online Investorship Calculator, the “know thyself” Investor Personality measure that we developed, and Erik Johnson’s splendid review and summary of Kahneman’s classic “Thinking Fast and Slow.”

As the author of more than 20 books of my own, I have learned what works and what doesn’t in terms of capturing and influencing readers. This book achieves those goals far better than many of my “ivory tower” products have. This is a book directed at the average reader and novice and applicable as far down as the high school level and as far up as older adults. In addition to its market as a trade book, I could see it used in educational settings as an ancillary reading. If you find a publisher who can market the book in an optimal fashion, I believe it has the potential to become a best seller.

Given my publishing experiences, I will be happy to help you screen potential publishing houses, as I’m sure David Myers will.

Again, Paul, I want to express my admiration for what you are achieving with this book. It makes a significant and unique contribution to the marketplace and it is destined to have a major impact on the wealth accumulation of many people.

Feel free to download a PDF of the letter, if you wish.